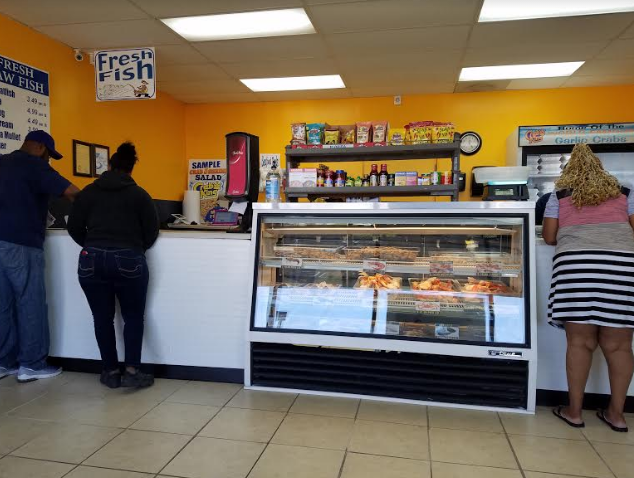 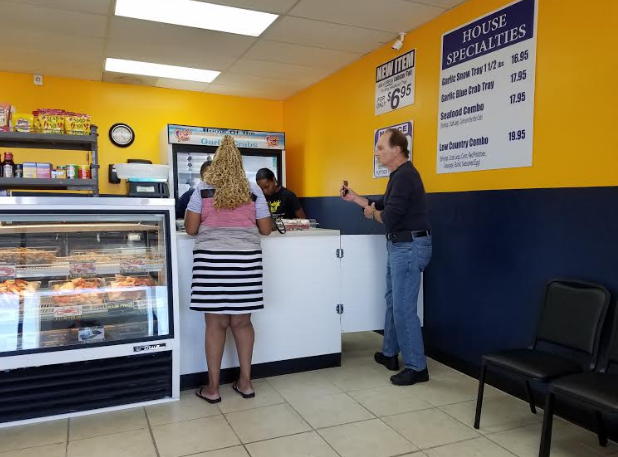 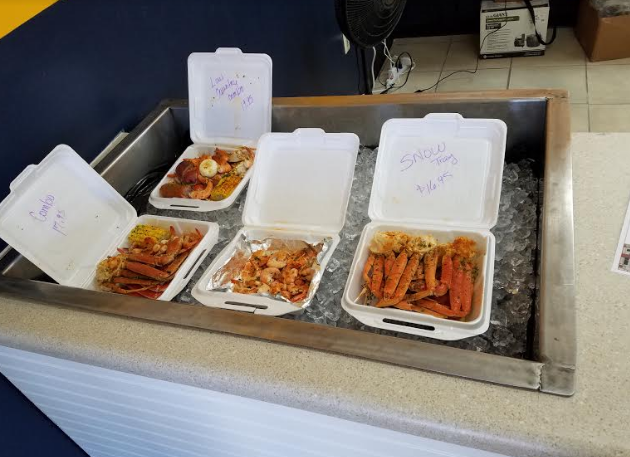 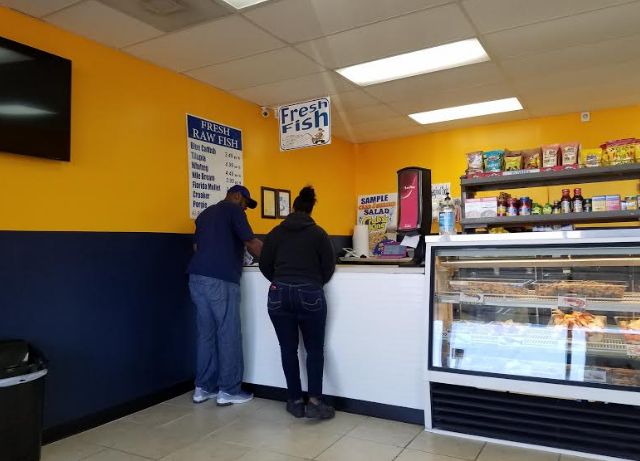 Red Bank, SC – Crab King, a fresh or prepared shellfish market is now open in the Red Bank area of the county. The first day that they were open for business was Wednesday, October 12th, 2016. It is located in the Red Bank Crossing shopping center between the Piggly Wiggly and the Dunkin Donuts.

Crab King is an informal type of a franchise shop. They sell fresh, never frozen, in season shellfish daily and other fresh seafood items by special order. They can also sell you your selection steamed and seasoned if you prefer.

Crab King is the brainchild of its founder Jerry Lasky. Jerry is an enterprising businessman that began selling doughnuts door-to-door in the Augusta, Georgia area many years ago. Jerry had an established customer base and a great relationship with the folks who bought his doughnuts. The problem was, Jerry would finish his doughnut route about noon and had nothing to keep him busy the rest of the day. Not one to sit around, Jerry decided he’d drive to Beaufort, SC and buy fresh shrimp right off the boats. He peddled these to his established doughnut customers and Crab King was born.

As the fresh shrimp customer base grew, Jerry moved into a 10’ by 10’ roadside building and sold fresh shrimp and an expanded line of seafood by the order. Eventually, he rented a real store front and began to prepare some of his great, fresh items for the folks that bought it.

Jerry is quick to point out that he’s not a natural born seafood cook. He also doesn’t take any credit for developing the garlic sauce Crab King uses and is famous for. Like most businessmen, he knew if he was to do well his product needed to be good. In searching for a way to prepare his seafood to sell, someone told him about this great garlic sauce that’s sold for seafood near Jacksonville, Florida. Jerry tried some and loved it. He packed for and took a quick trip to the sunshine state.

Jerry stayed in Florida for a short time and learned the ins and outs of preparing the wonderfully decadent garlic butter sauce. He also searched and located a proprietary blend of 15 seasonings and spices that he uses on his food. That is sourced from Baltimore, Maryland, a great seafood destination in its own right. Then, Jerry returned to the Augusta area and put Crab King on the map with great shellfish and a reasonable price.

Although Jerry was in the Red Bank Crab King when I stopped by, he isn’t that location's owner or operator. That store is owned by two young partners who have been friends since their elementary school days.

Tracy Corley has a background in retail foods. He’s worked in or managed markets and the produce sections of a chain grocer for over a decade. His childhood friend, Richard Jones, had bought the original Crab King in Augusta from Jerry when Lasky decided to semi-retire and take life a little slower.

Jones knew they he wanted to expand his Crab King network to a new city where there was a potential for great growth and a fresh shellfish- starved customer base. He teamed up with his old pal Corley and the pair made Red Bank their final choice. A small storefront at Two Notch and South Lake looked inviting and busy. The team threw all in and opened another great location of Crab King. It joins four other locations, two of which are in Augusta, one is in Aiken, and one is in Greenwood.

When you walk in the door, you’re greeted by the friendly staff who are more than eager to serve you. There’s a display case with fresh shrimp of varying sizes and varieties. There’s lobster tails, Snow, King or Dungeness crab legs from Alaska, clams, mussels, and oysters for you to select. The owners are quick to point out that their selection is from the cool, clear waters of the USA, not from China or some other Asian country with questionable hygiene and quality.

To one side is a display of their combo plates. These range from a plate piled high with crab legs to a half pound of seasoned and steamed medium shrimp that are absolutely delicious!

The best bang for your buck is the low country boil combo, a plate packed with medium shrimp, red potatoes, smoked sausages, fresh corn on the cob, and a garlic boiled egg. I commented while there that I had never seen a boiled egg in a low country boil and had never heard of a garlic boiled egg at all. While Tracy and I talked, one of the girls from the counter brought me a half an egg in a small cup to try. Man, was I impressed! The egg was not cold but warm; it swam in a delightful garlic butter sauce, topped with a seasoning blend that made it delicious. I gobbled it down quickly and struggled with the urge to try a few dozen more.

In one corner, a cold case sits with combo plates that are premade and chilled if you want to take one home and heat it yourself. That case also has containers of a house made shrimp and crab salad that is nothing short of superb.

I had arrived just before noon and a brisk lunch crowd began to stream in not long after I started my interview. Although Tracy patiently answered my questions, he always stopped to greet anyone new who had entered and asked them if they needed help. The staff offered small samples of the cold salads which everyone seemed to enjoy. Most of the patrons quickly made their selections and the crew slipped into the back, returning quickly with the customers piping hot selection in a bag.

Besides the seasonal favorites on display in the case in the lobby, the Crab King staff can special order exotic fare or bulk amounts of your favorites. You could order alligator when it’s available, frogs' legs, if that’s what keeps you hopping, and more. Besides these choices for the adventurous, you can get bream or porgy, tilapia, blue catfish, and lots of other great items for your broil, boil, or fry.

Crab King also stocks a variety of spices and seasoning mixes for every pallet. There’s Zatarain’s, the old standby Old Bay, and one called Slap Ya Mamma seafood boil. If that one’s not spicy enough, try the Slap Ya Mamma Hot; caution, it may actually make you want to slap your mamma and that could be bad for your health.

When I left, the Crab King crew loaded me down with hot steamed crawfish and King crab legs. They were the bomb if you know what I mean!

The crawfish were seasoned just so with enough spice to leave my lips tingling without sending me screaming for a cooler. Funny though, I did have this strange desire to drive home and slap my momma!

The crab legs had that delightful garlic sauce that left me licking my fingers. I ate at the office while I wrote this and I had to fight off a herd of cats when I finally left to go home. In short, everything was delicious.

Do yourself a favor a try out Crab King soon. I bet you’ll be glad that you did.